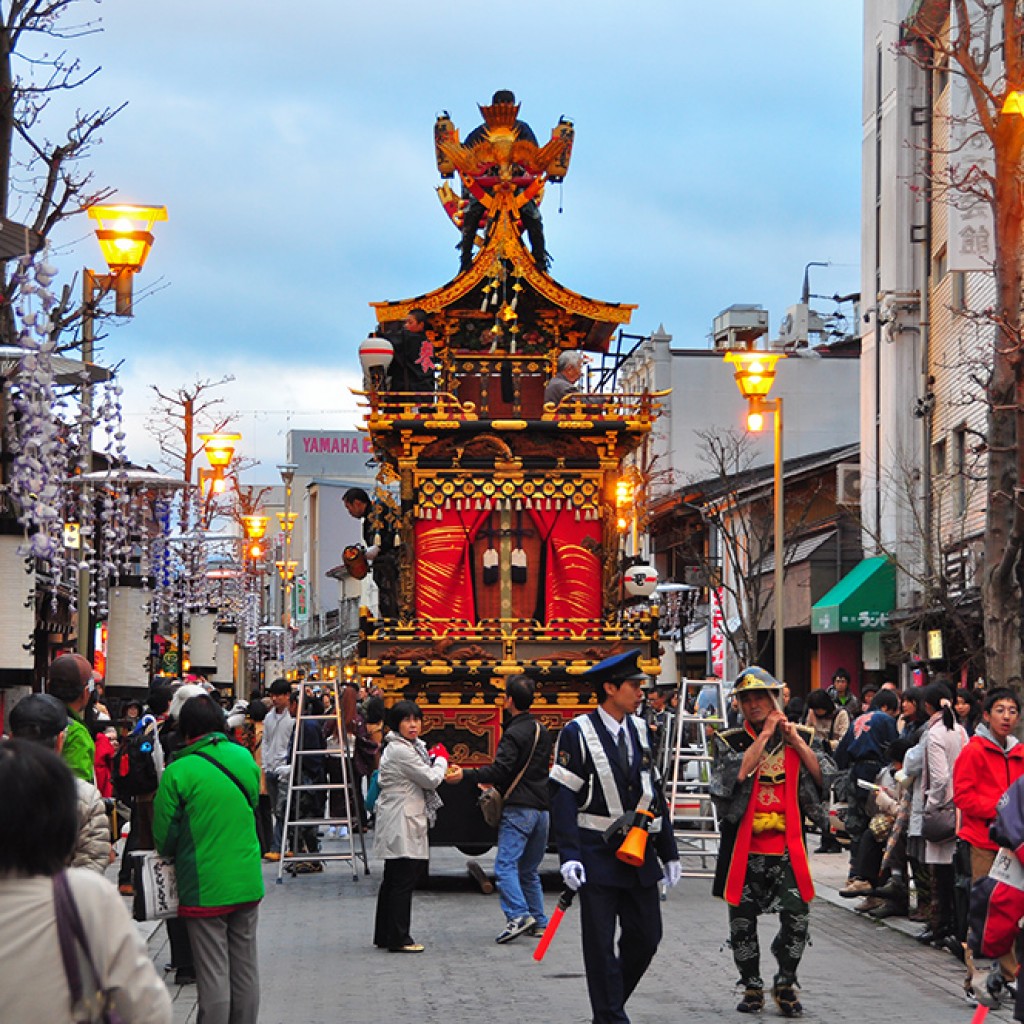 When it comes to festivals, the Japanese know how to celebrate. Their traditional ‘matsuri’ may have started hundreds of years ago and they may vary from community to community, but what they all have in common today, is that they’re very exciting, extremely enjoyable and everyone is more than welcome to join in the fun. In fact, it’s said that you’ll always find a festival going on somewhere in Japan. Here are 12 of the most popular celebrations and festivals in the Japanese calendar to whet your appetite.

The arrival of the New Year on January 1st is usually celebrated with family and symbolic food. People gather at the temples at midnight on the 31st of December to ring out the old year on giant bronze bells, before they say prayers to bring them luck and success in the New Year. It’s possibly the most important holiday in Japan, and women and girls often wear beautiful kimono to celebrate the occasion.

The snow festival or ‘Yuki Matsuri’ takes place in Sapporo in February. Started in 1950 by local students who built a series of six statues out of snow, the festival is now characterised by its giant snow sculptures.

On the 3rd and 4th May, thousands of people dance and parade through the streets of Fukuoka City to take part in Hakata Dontaku Matsuri. As they parade they carry a traditional wooden ‘Shamoji’ or rice serving utensil. The festival is also known as the Hakata Dontaku Port Festival as many of the events take place around the port area.

One of the most famous festivals in Tokyo, Kanda Matsuri takes place in the middle of May each year, and is a festival for the shrine of Kanda Myojin. Around a thousand people accompany the Mikoshi or portable shrines through the streets as they start their journey from the Kanda Myojin in the morning, threading their way through the Kanda district, Nihonbashi and Akihabari, before returning back to the shrine by nightfall.

May also sees a long procession of revellers in period costume travelling through the streets of Kyoto alongside the Kamo River. The festival gets its name from the aoi, or hollyhocks, which are traditionally used to decorate the floats.

Lasting for the whole month of July, Gion Matsuri is one of the most famous Japanese festivals. The highlight of the festival takes place on the 17th and 24th of July, when a grand procession of floats known as ‘Yamaboko Junko’ make their way down Kawaramachi and Oike Streets in Kyoto.

Osaka has its own festival in July which is connected with the Tenmangu Shrine. Held on the 24th and 25th of the month, it boasts both a land procession and a river procession with illuminated boats and fireworks on the second day.

August plays host to the Nebuta Matsuri, which takes places between 2nd and 7th August. When the sun sets, the Nebuta (lantern floats in the shape of human figures) make their way through Aomori City accompanied by thousands of dancers who chant as they follow the floats.

August is definitely a peak time for festivals. The Tanabata Matsuri takes place in Sendai City between 6th and 8th August, and is based on an old Chinese legend of two stars known as Altair and Vega. It features thousands of enormous, colourful paper decorations that are hung everywhere in the main streets of the city.

August also sees the largest traditional dance festival in the country, which takes place in Tokushima City. Between the 12th and 15th of the month, everyone dresses in summer cotton kimono, dons straw hats and dance their way through the streets. With over a million people taking part, it’s truly a spectacular occasion, and everyone is welcome to participate.

A relatively new festival, Kochi Yosakoi was started by a local group of people who created the Yosakoi Naruko Dance in 1954. Based on an old folk song, the dance involves lots of passionate dancing, accompanied by the sound of ‘Naruko’ clappers. It takes place in the middle of August in Kochi.

During the middle of September, enormous heavy wooden floats travel the streets of Kishiwada City, Osaka. One of the most thrilling and exhilarating festivals in Japan, these enormous floats are pulled through the streets at breakneck speed, while daredevil team leaders hop and dance on top of their floats.

It’s almost impossible to keep up with all the celebrations and festivals in Japan. The Japanese can always find something to celebrate throughout the year, with festivals in nearly every region of the country. So if you happen to be in Japan; be sure to find your nearest festival and join in the festivities.