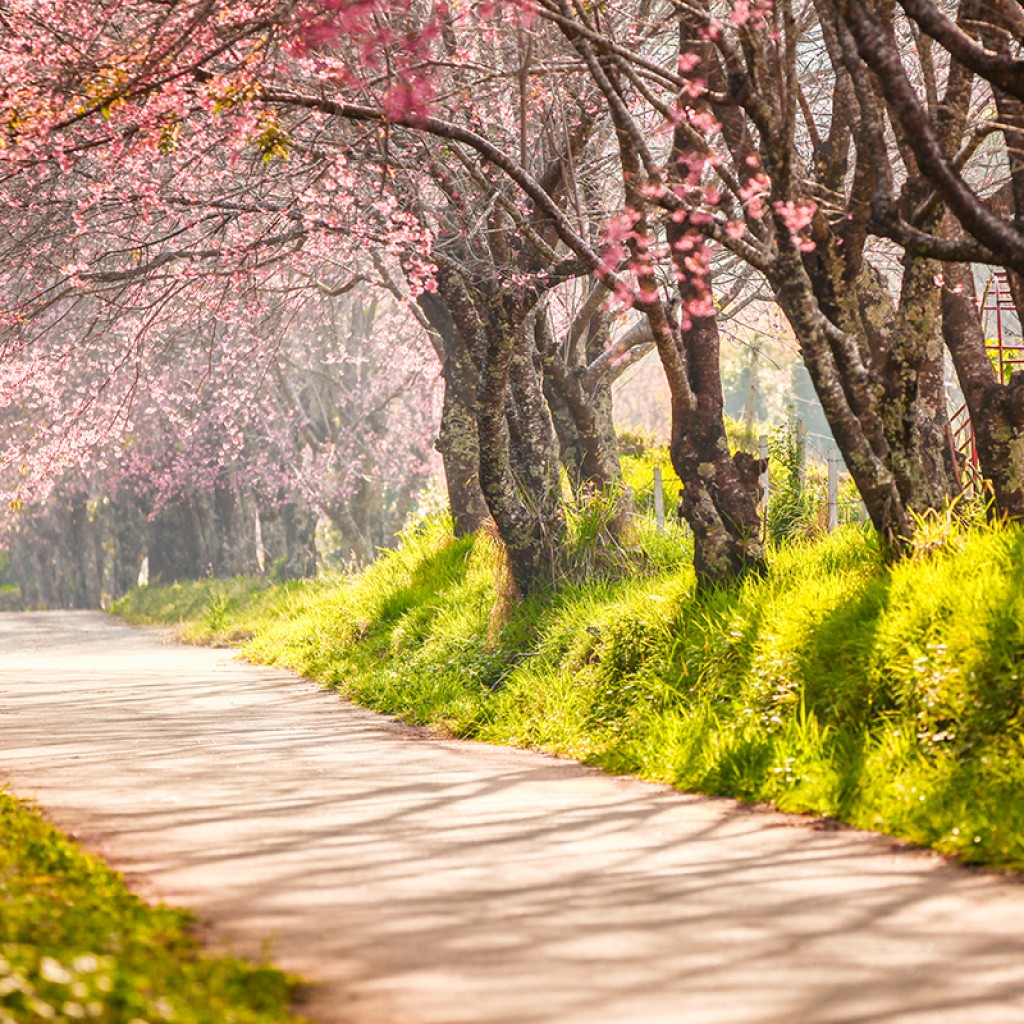 The Japanese Cherry Blossom Festival, known as ‘Sakura’, signifies the welcoming of Spring. The act of celebrating the festival is called ‘hanami’, which literally translates to ‘the viewing of flowers’, with the traditions of the festival itself dating back over a thousand years.

The cherry blossom festival is a celebration of the beauty of nature throughout Japan that sees the Japanese gather together for food, drink, songs and friendship while the flowers are in bloom. As the cherry blossom tree blooms for a very short period of time, with the period of blooming varying from year to year with differences in weather, festivals take place anywhere from January through to June, depending on the region, however the majority take place between March and April. With over 200 different varieties of cherry blossom trees in Japan, there are plenty of gorgeous flowers to choose from, ranging from white to pink.

WHAT ARE THE TRADITIONAL ORIGINS OF ‘HANAMI’?

Hanami represents the beginning of Spring each year. The cherry blossom acts as a cultural symbol of renewal and hope, and has long been treasured by the Japanese as an emblem of their country’s beautiful landscape. The tradition of Hanami has been ongoing since as early as the third century, according to text from the eighth century.

The cherry blossom festival is now culturally synonymous with Japan, however, the  ‘Cherry Blossom Capital of the World’ is not actually in Japan! Macon, in Georgia, USA, is home to an estimated 300,000 sakura trees, and proudly takes on that title.

However, there are a number of gorgeous places to spot the blossoms while travelling Japan – among the most popular is Kyoto’s Golden Pavilion. The temple is over 700 years old, and sits in a sprawling, tranquil garden. Another beautiful spot is Nara Park, notable for its native deer who are known for wandering throughout the trees. The deer are wild but peaceful in nature, and are classed as a sacred national treasure. With 1700 cherry blossom trees in the park, it’s not a festival to miss.

WHAT HAPPENS AT THE CHERRY BLOSSOM FESTIVAL?

It goes without saying that at Hanami, the flowers are the star attraction. As a cultural celebration of beauty, all number of Japanese performing arts are present to draw in crowds, particularly song and dance.

The day will run well into the evening, with crafts for sale specific to the festival’s region, and food available all day. A particularly calming and special way to take in the festival is with a traditional Japanese tea ceremony held under the cherry blossom trees. At night, many festivals will be decorated with paper lanterns throughout the trees, maintaining the beauty of the flowers into the night. This is known as ‘yozakura’, which means ‘night sakura’.

WHAT FOODS ARE EATEN AT THE FESTIVAL?

Second to the flowers, the most important part of Hanami is the food. Typically, families and friends will take in the festival with a picnic under the blossoming trees. Sweet and savoury dishes are enjoyed at the festival, and are often themed to match the pink blossoms.

Picnic baskets will be full of treats like tamagoyaki, a rolled egg omelette with sugar and soy sauce. Many traditional desserts will be found, made from anko (red bean paste) and mochi (a sweet and sticky rice cake). Sakura mochi is tinted pink to match the cherry blossoms.

Bentos are a popular meal option for hanami (a sort of Japanese mixed lunch box), and are often sold seasonally, with sakura mochi, pink onigiri and red bean treats included. Hanani also calls for themed dumplings, with a popular saying ‘hana yori dango’, which translates as ‘dumplings rather than flowers’! These sweet rice dumplings are served in lots of three on a skewer, and are often flavourite with chestnut, sesame or green tea.

Australia has a long and rich history of celebrating the Japanese cherry blossom festival on our soil. Throughout New South Wales, there are a number of towns where Sakura is a major event on the calendar.

Sakura is celebrated every September at the Cowra Japanese Garden, where the blooms flower through the October. Young has celebrated the festival for 67 years, and invites locals, and visitors from Australia and the world to experience this ancient Japanese tradition.

No cherry blossom festival would be complete in Sydney without a trip to Kobe Jones. Visit us at King Street Wharf, Darling Harbour, for a waterfront dining experience, Wharf Teppanyaki for a contemporary and authentic teppanyaki experience, or The Rocks Teppanyaki for intimate teppanyaki with room for a cocktail or two.