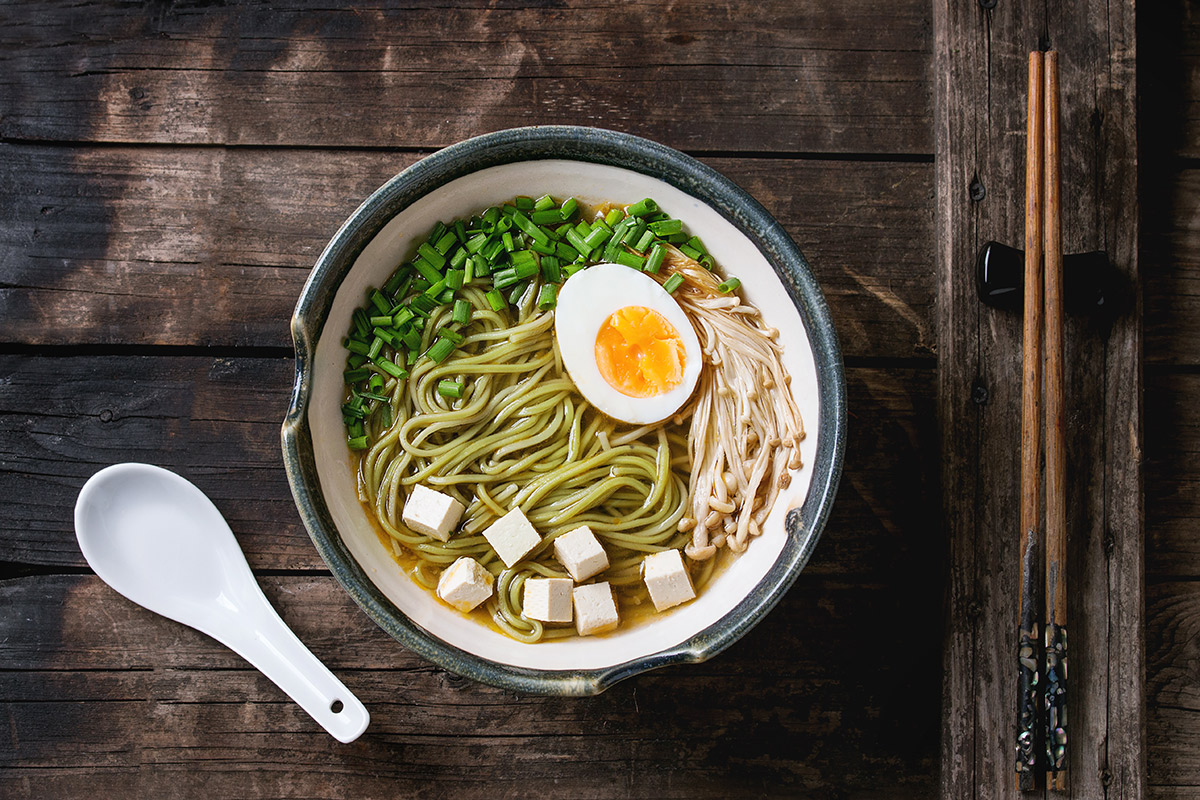 Globalisation exposes different cultures to each other. With easy access to information, things inevitable change. This is especially true with modern Japanese cuisine. Dishes like kare-raisu (curry rice), tonkatsu (pork cutlet), and korokke (croquette) are just some examples of meals you would be less likely to find on a Tokyo menu at the start of the 20th century.

So how exactly has globalisation changed Japanese food culture?

First changes: From the Ancient Japanese diet to washoku

The Ancient Japanese diet was characterised by native meats, seafoods and vegetables, such as fish and shellfish, wild boar and deer, fungi such as mushrooms, nuts, fruits such as sudachi lime and pears, and spices such as ginger. The transition from the Ancient Japanese diet to washoku (the name for traditional Japanese cuisine)started to take place from 1392 – 1573, before it finally consolidated from 1573 – 1615.

Washoku was the first evolution of Japanese cuisine. Just like modern-day Japanese food, it was changed by external influences, such as the imperial courts’ extravagant feasts, vegetarian meals that were preferred by the Buddhist monks of the 13th century, and the ‘tea cuisine’, known as cha-kaiseki, in the late 1500’s.

These influences resulted in several foundation principles of washoku, which we immediately relate to traditional Japanese cuisine, such as the presentation, the seasonality, and what is known as ichiju sansai (one soup, three side dishes).Nimono (which is food boiled in dashi), sunomono (which is vinegared food), and aeomono (which is vegetables or fish dressed with miso, vinegar or sesame), are just a few examples of standard washoku dishes.

So how did washoku evolved to what contemporary Japanese cuisine is today?

After keeping to itself for hundreds of years, the Meiji Restoration in the mid 1800’s drove Japan to ‘leave Asia and join the West’ in order to build a more modern and stronger country. The Meiji Restoration was a set of structural reforms to Westernise every institution — from state systems, industries, and military, to education and culture.

When it came to the food, the movement also wanted to adopt Western food culture. The result? Japan revoked a centuries-long ban on meat consumption, encouraged the inclusion of Western-style food in the Japanese diet, and allowed Japanese chefs to study cooking abroad. France was a particularly popular destination during this time.

And so, Western-style staples were introduced, such as milk, eggs, and a wider array of meats. An influx of former Italian prisoners of war in Japan resulted in the opening of Italian restaurants. Butcher shops opened in cities, and restaurants serving gyu-nabe (beef hotpot) became popular. This hotpot consisted of beef and vegetables, and was seasoned with a sauce of soy and sugar.

While there is no doubt that the eating of beef was initially a Western influence, all the vegetables and seasonings for gyu-nabe were traditional. And the dish was eaten the Japanese way. Essentially, Japanese people were eager to try new Western ingredients as long as they could still stay true to the Japanese cooking system and flavours.

Thanks to washoku and the The Meiji Restoration, we can now see the evolution of today’s modern Japanese cuisine. It has been captured in the following new terms:

Today’s Japanese dishes can be found on menus across the globe, in both high-end and family-centric restaurants. They can even be found as a ‘fast food’ option, such as with takeaway sushi stands.

And Japanese cuisine is not limited to Japanese restaurants. Today, you can find washoku cuisine on a menu next to a croquette or Caesar salad. Think dishes such as mochi pizza topped with whitebait, gruyère, and black pepper; Kobe beef filet charcoal with sweet sauteed onions and crispy poached egg; cod roe and mayonnaise udon ‘pasta’, and more.

There’s been no better time to be hungry in Japan!

Globalisation has enabled different cultures to learn from each other — and in this case, the results can be mouth-watering. Influence of Western cuisine on modern Japanese food is highly present nowadays, and at the same time, Japanese cuisine influences can be found all over the world — especially in our very own cosmopolitan cities of Sydney and Melbourne.

Next time you’re feeling like a delicious Japanese meal infused with mediterranean flavours, head to any of our Kobe Jones Restaurants. At Kobe Jones, we specialise in modern Japanese cooking inspired by the best from the East and West, and our restaurants offer exceptional dining in superb locations.