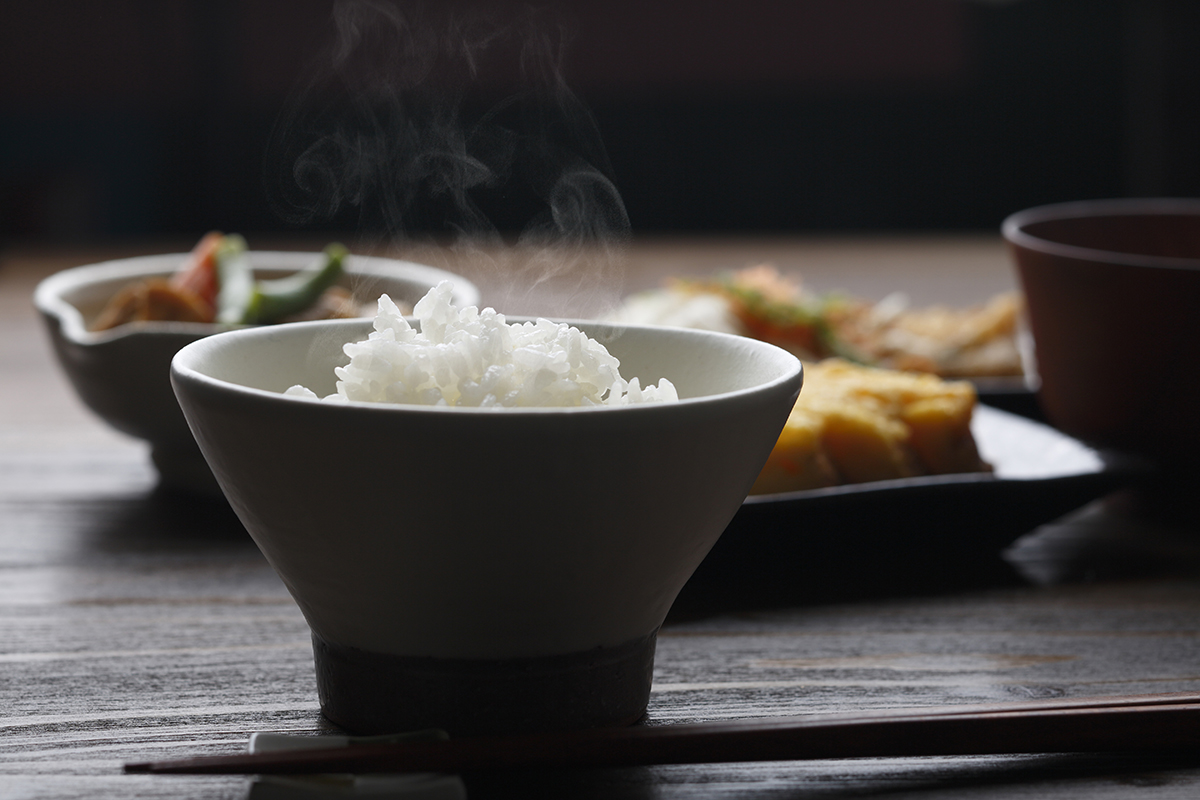 With fitness and food culture booming in Australia, people are always on the lookout for new cuisines that taste amazing and are healthy. As incomes increase globally, people are eating out more often, often turning to restaurant foods that are high in ‘empty calories’, refined sugars, fats and carbohydrates.

Japanese cuisine has long been known as one of the healthiest available. With its emphasis on fresh seafood, ‘good’ fats and fermented vegetables, it’s an awesome option for health-conscious people who still want to enjoy the excitement and fun of trying new restaurants.

What is the traditional Japanese diet?

The traditional Japanese diet is actually quite similar to the traditional Chinese diet, mainly focussing on rice, vegetables (either cooked or pickled), fresh fish and a little high-quality meat. As Japan is an archipelago of islands (about 6,582 of them in fact), seafood is a staple of the cuisine, as well as other pickled, smoked and fermented foods.

Soybean products are a key element of the Japanese diet, usually in the form of tofu, or fermented soy products like miso or natto. Japanese cuisine also calls for the use of a wide variety of vegetables from both the land and sea, with fruit like Fuji apples, tangerines and persimmon eaten for breakfast.

In terms of beverages alongside their meals, the Japanese are big fans of green tea, especially matcha tea, which has recently been gaining popularity worldwide. Matcha tea is a stone-ground powdered green tea, full of antioxidants known as ‘catechins’. You’ve probably seen ‘matcha lattes’ popping up in cafes.

What are the health benefits in comparison to the typical Western diet?

Finding the balance with fish and meat

Think of Japanese cuisine and you’ll probably think of seafood delicacies like sushi and sashimi. The average Japanese person consumes more than 154 pounds of fish annually, which equals to about half a pound per day! The Japanese account for only two per cent of the world’s population, yet consume about 12 per cent of the world’s fish. They really do live and breathe seafood, just like we do at Kobe Jones.

Fish is a fantastic source of vitamin A and omega-3 fatty acids, which are known for their heart-health and brain-boosting benefits. With Japan surrounded by the ocean, the Japanese tend to focus on seafood, however red meat is still a part of the diet. Red meat contains high levels of saturated fat that can clog arteries if eaten to excess. Too much red meat can also lead to obesity and heart disease, so only eating meat every so often is a good choice, since its high in protein and iron. It’s all about finding the balance and what works for you.

We all know that vegetables are good for us, however the Japanese really take this to the next level. The population of Japan eats five times as many servings of vegetables in a day as the people of Scotland for example, feasting on things like kale, broccoli, cabbage, watercress and seaweed.

In Western cuisine, vegetables are often cooked, boiled, mashed or roasted to the point where they lose much of their nutritional value. However, the Japanese usually steam or stir-fry their veggies, allowing them to maintain their full assortment of vitamins and minerals. Vegetables are well-known as being fighters of obesity and diabetes, as well as a wide variety of cancers, including colon, lung and prostate cancer.

It’s not just what they eat, but how they eat it

For the Japanese, eating is surrounded by many different traditions, and is viewed as an almost sacred practice to be treasured and enjoyed. One of these attitudes is reflected in the Japanese saying “haru hachi bu”, which basically translates to eating until you are 80 per cent full, instead of absolutely stuffed. Children are taught this in schools, and it puts them in good stead for healthy portion control later in life.

The Japanese also serve their food in a unique way. Instead of just having one large plate, the food is served on many different smaller plates, usually with a bowl of rice, a bowl of miso, some fish and then two or three vegetable dishes. This assortment can make you feel like you’re eating much more than you actually are.

It’s definitely possible to look out for your health while still being able to enjoy eating out and trying new foods. At Kobe Jones, we have a wide variety of fresh, filling and delicious dishes that aren’t too high in calories, meaning you’ll be able to walk away after your meal feeling totally satisfied and guilt-free.

Our range of stunningly fresh sashimi and sushi (nigiri) is a fantastic choice for those wanting to boost their protein levels and ditch the carbs in our restaurants. You could try our Hokkaido scallop, Hiramasa kingfish or New Zealand Saikou salmon sashimi.

For something a little more filling, our Lobster 2 Ways and Teriyaki Barramundi are both delicious seafood choices for your main meal. The lobster is whole lobster cooked in a wafu thermidor sauce, served on a bed of green papaya salad with seaweed miso butter (meaning you’re also getting your veggies in!) The Teriyaki Barramundi is marinated in our special Kobe Jones sauce and served on a bed of exotic mushrooms (another Japanese staple vegetable).

Eating out with your health in mind at Kobe Jones

So, if you’re watching the waistline but you’re also hankering for a delicious night out at a restaurant or a cosy takeaway, why not give Kobe Jones a try for fresh, authentic Japanese cuisine? With a wide variety of dishes rich in high-quality protein, authentic Japanese side dishes and the freshest seafood on the market, we’re sure to make the cut. So, the next time you visit The Rocks Teppanyaki or any other Kobe Jones venue, you’ll know your way around our healthy menu!