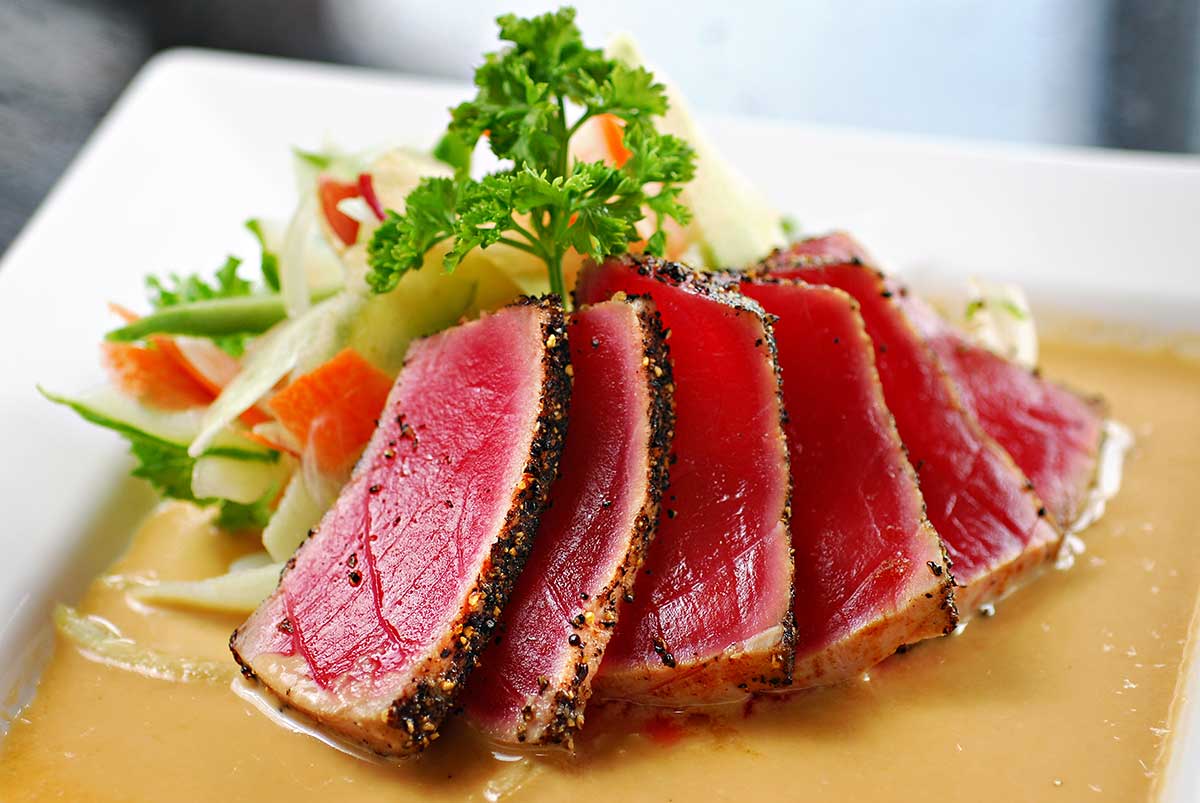 Japanese food makes use of a lot of ingredients tied to a longer, healthier, happier life. The cuisine as a whole is very low in fatty ingredients, packs a tonne of protein into each bite, and prioritises balance and natural flavour.

Japan is a lean country, ranking 184th on Body Mass Index (Australia is ranked 28th for comparison). Translated to numbers, Japan has 3.3% of its population at risk of obesity, while Australia has 28.6%.

Part of this is due to the dietary differences between the cultures, so let’s have a look at some of the core ingredients that differentiate Washoku (traditional Japanese cuisine) from the rest of the world, and how to best prepare them.

Miso paste serves as the basis for a lot of Japanese soups and broths. It’s chiefly a product of fermented soybeans, which means that it’s absolutely jam-packed with protein and other niceties such as probiotics (due to the fermentation process).

You can grab packs of Miso in just about any grocery store in Australia, and by doing so you’ll be adding a rich, umami flavour and texture to your stock.

In fact, Miso is nice enough to drink by itself, or with a few strands of seaweed or other veggies. If you’re feeling famished and have nothing else around, a hunk of miso, soy, and some chilli will make a quick snack in a pinch.

Outside of that, it can serve as the basis for anything from sushi to our own Miso Citrus Lobster Tail. If you’re wanting to try using miso at home, try this fantastically simply Miso Udon Noodle Soup recipe.

Salmon and other fish

When the Japanese do indulge in a little fatty food, their chief choice is one of the best sources of protein and essential oils on the planet.

Salmon is one of the most popular types of fish in Japanese cuisine, from Sushi and Sashimi (respectively, rice and other ingredients and fish, or simply the presentation of fish alone) to its use as a core ingredient in broths and grills.

It also comes with the added benefits of being rich in Omega-3 Fatty Acids, protein, Vitamin B, Potassium, reduces risk of cardiovascular issues, helps with weight control by regulating hormones and metabolic rates, and can protect brain health.

Salmon, and fish similar to it, make up a large bulk of foods in Japan, and are thought to be a chief reason for the longevity and healthiness of the populace. Japan consumes a staggering amount of it too, farming 500,000 tons per year for 127 million people, roughly one fifth of the world’s total production.

If you’re coming to Kobe Jones, check out our Green Tea Salmon, smoked and marinated in green tea on a wasabi mash. And, if you’re wanting to cook amazing Japanese-inspired salmon at home, try this recipe for Mirin (Rice Wine Vinegar) Glazed Salmon.

Quinoa has developed a bit of a reputation in the western world as a ‘superfood’. Admittedly, this is a pretty arbitrary classification, but no matter whether you think it’s a buzzword or a godsend, you can’t argue against the positive health benefits that it brings.

The Japanese use Quinoa as a rice substitute in some meals, or to bulk out larger portions of rice (as it’s less calories overall with more nutrient value). If you’re wanting to try quinoa at home with a Japanese twist, try this recipe for Japanese Quinoa Salad.

The wonderful world of mushrooms

The Japanese absolutely love using mushrooms in their cuisine. Whether it’s Eryngii (also known as King Oyster), Enoki, Shiitake, Maitake, Kikurage or another type, each mushroom has its own individual flavour and texture.

Enough statistics though, because they also happen to taste delicious! Kobe Jones has a particular taste for mushrooms, offering a Mushroom Medley in garlic butter and pine nuts as part of our A la Carte menu. They’re used for everything from creamy sauces, soup ingredients and accompaniments, as a dish in their own right (steamed, raw, or roasted), or as part of salads and roasts.To start using more mushrooms at home with a distinct Japanese flavour, try this Yuzu Marinated Japanese Mushrooms recipe.

Eating at Kobe Jones for a healthy dining experience

From beautiful seafood like poke bowls, to mouthwatering sushi and sashimi, to protein-rich teppanyaki and nutritionally balanced bento boxes, Kobe Jones has a plethora of dishes to offer every different dietary requirement, especially for those with their health in mind. Contact Kobe Jones today to make a reservation at any one of our fabulous restaurants.