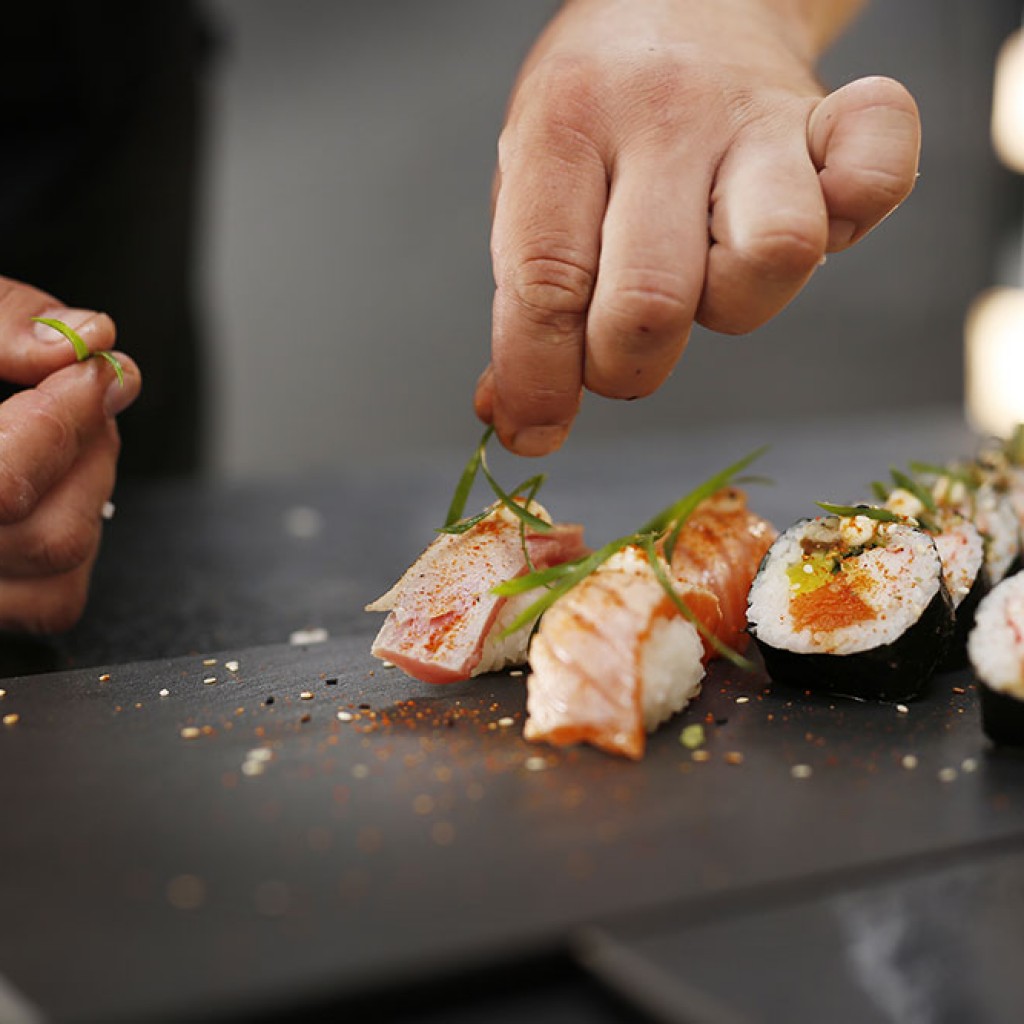 As food lovers, we tend to gravitate towards original flavours, a mixture of spices and culinary influences we might not have considered before. It might be found in a place where historical immigration naturally brings together a melange of flavours with residents bringing together tastes from their homelands, including non-native ingredients.

The singularity of Japanese cuisine

Still, while unique mixes are certainly going to pave the way forward in this age of globalisation, you also have a special culinary traditions that have developed by virtue of years of geographical and cultural isolationism. This is true in places like Japan, where pretty much everything was developed in isolation – religion, food, language, governing systems – all the way from the 12th century through the mid to late 19th century.

What results from such separation? An emphasis on smaller portions (the phrase ‘ichiju-sansai’ means ‘one soup, three sides’) as well as a perspective of eating with ingredients which are available seasonally. Now known as the macrobiotic diet, this is a tradition which has caught on globally in some circles.

The flavours typically employed revolve around soy sauce, miso, and umeboshi, all providing a savoury zest. Seafood is more common in the diet, with red meats only being introduced later, as Japan become more modernised. The staples are familiar – rice, noodles like udon and soba, plus there are a lot of pickled vegetables or vegetables cooked in broth. What is left is a distinct culinary tradition. It is no wonder then, that there are a handful of documentaries which take a look at the unique institution of Japanese food and the chefs that cook them.

Showcasing what is undoubtedly Japan’s most famous culinary export, sushi, this film explores the most renowned sushi maker in the entire country. Part of what makes the story of Jiro Ono so compelling is that the only three star Michelin rated sushi chef in the world does not work in fancy environments like one might expect. Instead, he works in a cramped, nondescript restaurant in a subway station.

What’s more, the 85 year-old man, who has reached the pinnacle of his career having made sushi since he was a teenager, is self-critical on himself for not being even better. This is the portrait of a man who demands every piece of sushi that he serves to be absolutely perfect. This mantra reaches all the way down to the rice makers, his sons – expert sushi chefs in their own right, as well as to the fish and food distributors, all of who represent the professionalism in which Japanese business culture is generally carried out. With a 99% rating on review-aggregator Rotten Tomatoes, this is a must see for any fan of gloriously shot sushi and food, or fans of good documentaries in general.

The series showcases a small handful of up and coming chefs, including one Niki Nakayama who works out of her Los Angeles-based restaurant, n/naka. Her specialty, being sushi, is not the focus of the show, although the cinematography does feature beautiful shots of her creations that will make your mouth water. Instead, it is her unique standing as a female chef in a male-dominated world, doubly true in the case of the Japanese food industry. As a result, she mostly works out of view and is sometimes dismissed by her industry peers and customers.

3. The Oddball: The Antarctic Cook (Nankyokuryourinin)

This movie – not technically a documentary but based on a real story – showcases the plight of scientists stationed in some of the farthest reaches of the world, namely Antarctica. The crew would be left to fend for themselves, but they are fortunately in the good hands of chef, Nishimura. For a unique look at what kind of food the best Japanese minds dream up with scarce resources in vast, frigid deserts, check out Nankyokuryourinin.

While not technically a documentary, or a film about chefs from the nation of islands, Japanese food features prominently in this Miyazaki-san masterpiece, and this list would feel incomplete without at least mentioning it. While the plot of Spirited Away, in its gloriously animated magical realism, may be opaque for some of its Western audience members, one thread from this cautionary tale remains vivid in minds of many who have seen it. Namely, the warning to the gluttonous and the greedy, no matter how delicious all the featured Japanese food looks. Do yourself a favour and watch this if you haven’t already.

These are just a few of the films that highlight Japanese cooking and chefs, but there are many more so be sure to check them out! And if they get your mouth watering for Japanese food, check out Kobe Jones in Sydney and Melbourne.