Japan is a country unlike any other, and is located on a beautiful set of islands that each have their own customs and culture. To ensure that your journey is a success, and to prevent any issues with the locals, here are some essential tips you should know before you start your travels.

1. Be prepared to take your shoes off

As in many other Asian countries, it is customary in Japan to remove your shoes whenever you enter a home, restaurant, hotel, or any other carpeted area. The Japanese traditional carpet (tatami mats) is used on most floors, and must always remain clean.

When entering a building, you will always be shown a place to leave your shoes, and receive slippers to put on. This is why nice socks are recommended; you should ensure you are wearing fresh socks with no holes at all times.

2. Don’t draw attention to yourself

Japanese society is focused around the wellbeing of the group as a whole, rather than the individual. That’s why making yourself noticeable is a major red flag. For example:

Respect is very important in Japanese culture, and so bowing when meeting someone is custom. As tourists, we may not be expected to do a full bow, but a simple inclination of the head shows respect.

Also, when addressing someone, Japanese people tend to always use the proper title the person deserves. You can also add the suffix “san” after the person’s name as a sign of respect. 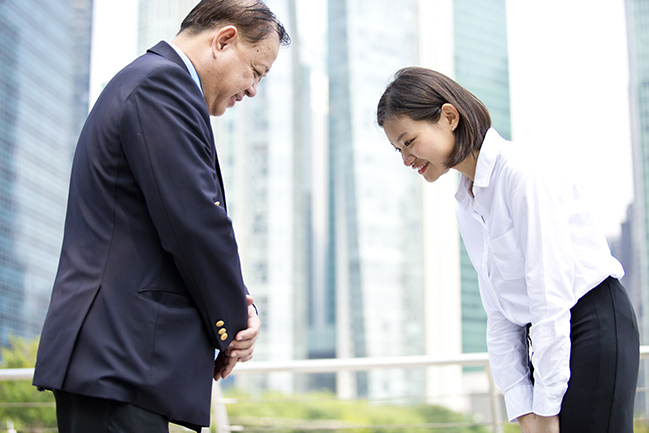 Table manners in Japan may look a little different than Western protocols, and so some points to remember are:

There are also some basic rules of how to properly use your chopsticks, which could save you from being embarrassed when eating in Japan!

Never start drinking before you’ve raised your glass and have said “kampai!”, which is the traditional Japanese drinking salute.

In addition, keep in mind it is very impolite to pour yourself a drink. Rather, serve others and refill their glasses. They will do the same for you. 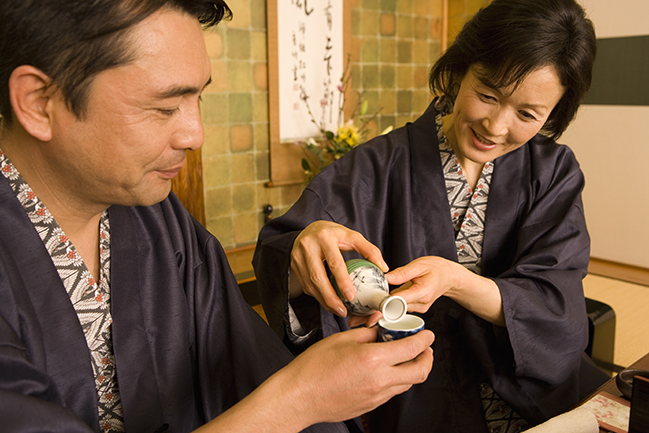 Giving and receiving money, credit cards, or other forms of payment in Japan is a true art. It is unusual to hand money directly to a cashier, as there is usually a small tray where you are meant to place money and retrieve it from. However, if you do need to pass your credit card or money directly to someone else, you should use both hands to do it. It shows respect, and demonstrates that both parties are exchanging something valuable.

Remember that Japan is not an English speaking country, so go easy with what you say and carefully choose the words you use. Learning a few words in Japanese might help, although locals may insist on practicing their English skills with you.

Japanese hot springs (onsen) are everywhere throughout the country, and they are a big part of Japanese culture. There are simple etiquette rules you will need to follow: 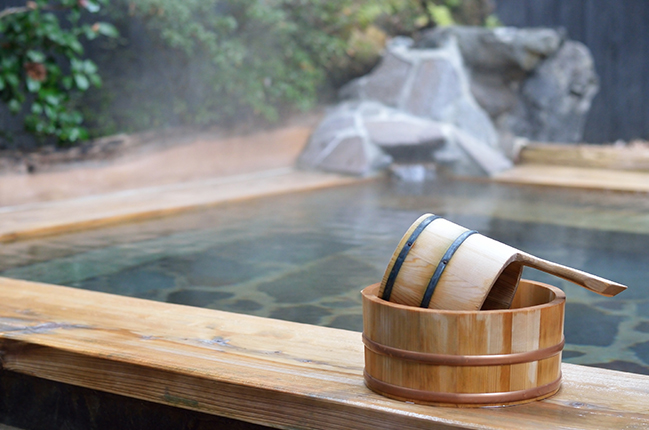 Japanese people have a very strong work ethic, and missing a day of work from a simple cold is almost unheard of. That’s why people try to avoid being sick at all cost, and they also try to avoid contaminating others; don’t be surprised if you see people wearing dental masks on the streets and subway.

Tipping is considered rude in Japan. Even if the service is amazing, it’s important that you do not tip as the person will feel offended.

This means “Welcome!”, and you will hear it each time you enter any restaurants or shops. The staff greets you this way to show you they are there to serve you, and that they are happy to have you around. 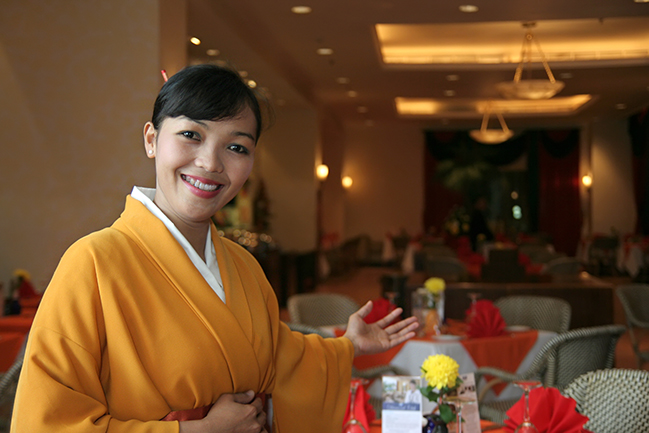 Hand gestures are as important as the language itself, and some of them are very different from what we are used to.

Japanese cities are extremely clean. You will see no rubbish whatsoever on the streets, even though it seems rubbish bins are impossible to find. Littering is considered very rude and is an offence punishable by a fine, so be careful to dispose of your rubbish properly.