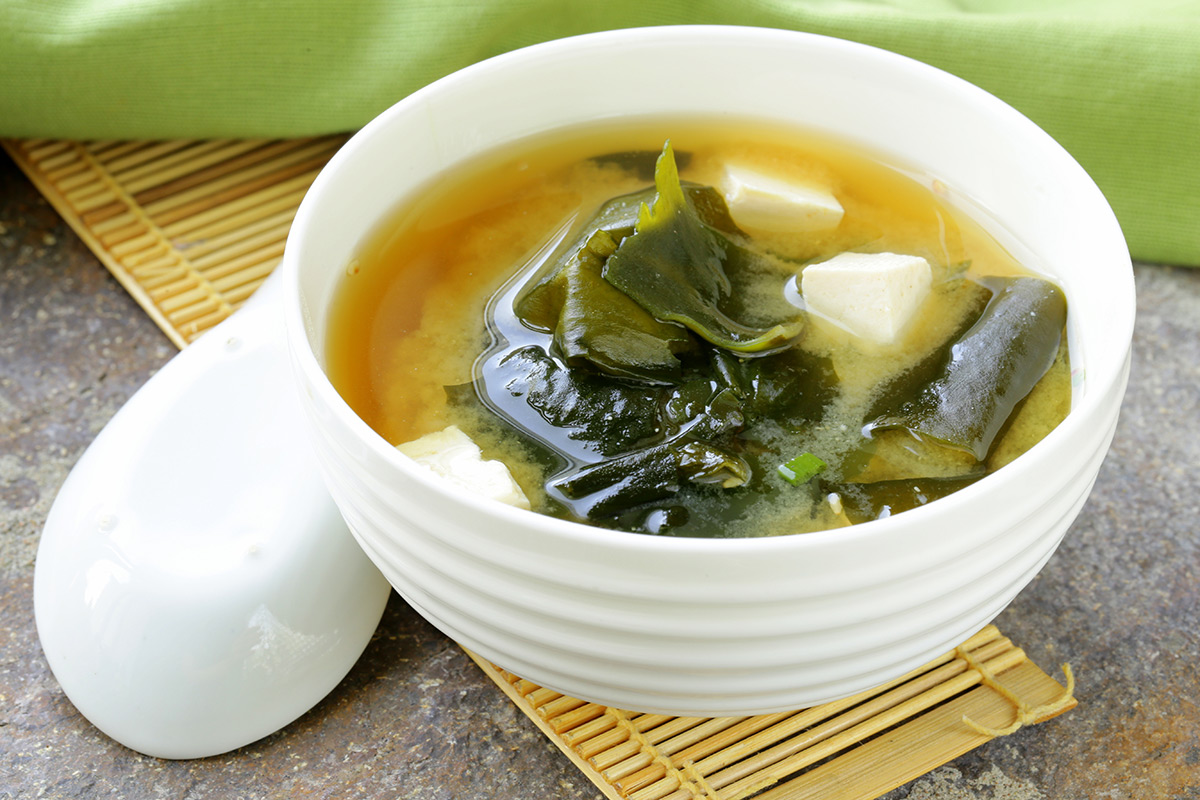 One of the foundations of Japanese food, miso soup can now be found all over the world. Made from traditional Japanese flavours, miso soup is both delicious and nutritious — it’s high in protein while being low on calories.

Here are all the essentials you need to know about this Japanese delicacy.

Miso soup and its origins

It is believed that over three-quarters of people in Japan consume miso soup at least once a day. The origins of this popular dish can be traced back to ancient times. It became a ‘daily meal’ for the samurais during the Kamakura period (1185–1333), and, during the age of Japanese civil wars. The recipe for its ‘instant paste’ was developed for military commanders to eat — which made miso soup an easily-preparable and accessible meal.

Miso soup is made from miso paste as well as a traditional Japanese fish stock called Dashi. Dashi stock (the base for the soup) is made from dried sardines, dried kelp (a type of seaweed), and shavings of dried smoked bonito or dried shiitake mushrooms. Alongside this, miso paste is what gives the soup most of its flavour.

When the soup is made, you can add a few extra ingredients for added textures and flavours. It comes down to personal preference, and you can add whatever you like, although typical additions include crisp or sliced onions, tofu, spinach, mushrooms, egg, fish, and/or shellfish. Once ready, the soup is commonly served as a small portion side dish to complement a meal, such as a bowl of rice, sashimi or steak.

As mentioned above, miso paste gives miso soup most of its flavour. This paste is obtained by fermenting grain with koji mould. Generally speaking, the longer the paste has been aged, the richer miso soup will taste. Miso paste can also be divided into two main categories: red and white. But it’s important to know that these categories are broad — miso paste comes in different colours and strengths, each with a unique flavour depending to the fermenting process.

Red miso has higher quantities of soybeans than other grains, is strongly flavoured and is of a darker brown-reddish colour. On the other hand, white miso paste has less soybeans and so its colouring is more beige than red, and its flavour is milder too.

Miso soup is made of Dashi, a fish-based stock. However, its liquid base doesn’t necessarily have to be that — it can also be water. Just make sure that the base is always light and unsalted. To achieve this easily, a mixture of stock and water works well.

How to eat it

The Japanese way to drink miso soup is by placing it in a small bowl (that looks more like a cup). Rather than using a spoon, they just bring the bowl close to their mouths and drink it like that. Miso soup is usually present in most Japanese meals throughout the day, including breakfast, lunch and dinner.

Miso soup is actually quite a healthy meal. Low in calories and high in protein, it’s also full of vegetables and gluten-free. The best part is that you can tailor it to suit your personal tastes and preferences, so it can be a great addition to your diet if you’re trying to control your weight and appetite. Have it as an entrée before your main dish and you’ll already be a bit fuller before your meal.

It’s believed that miso soup has other beneficial effects on the body, such as increasing basal metabolism and relieving constipation. Studies have observed the benefits of miso soup in cancer and hypertension prevention. In 2003, Japan’s National Cancer Centre suggested that three bowls of miso soup a day could decrease the risk of breast cancer in women.

Enjoy the benefits of miso soup

Miso soup is a delicious and easy-to-prepare meal. A traditional tried and tested recipe dating back to ancient times, it has also been proven to bring beneficial effects on the body. Want to try a traditional miso soup made by expert chefs? Head to your nearest Kobe Jones restaurant today.