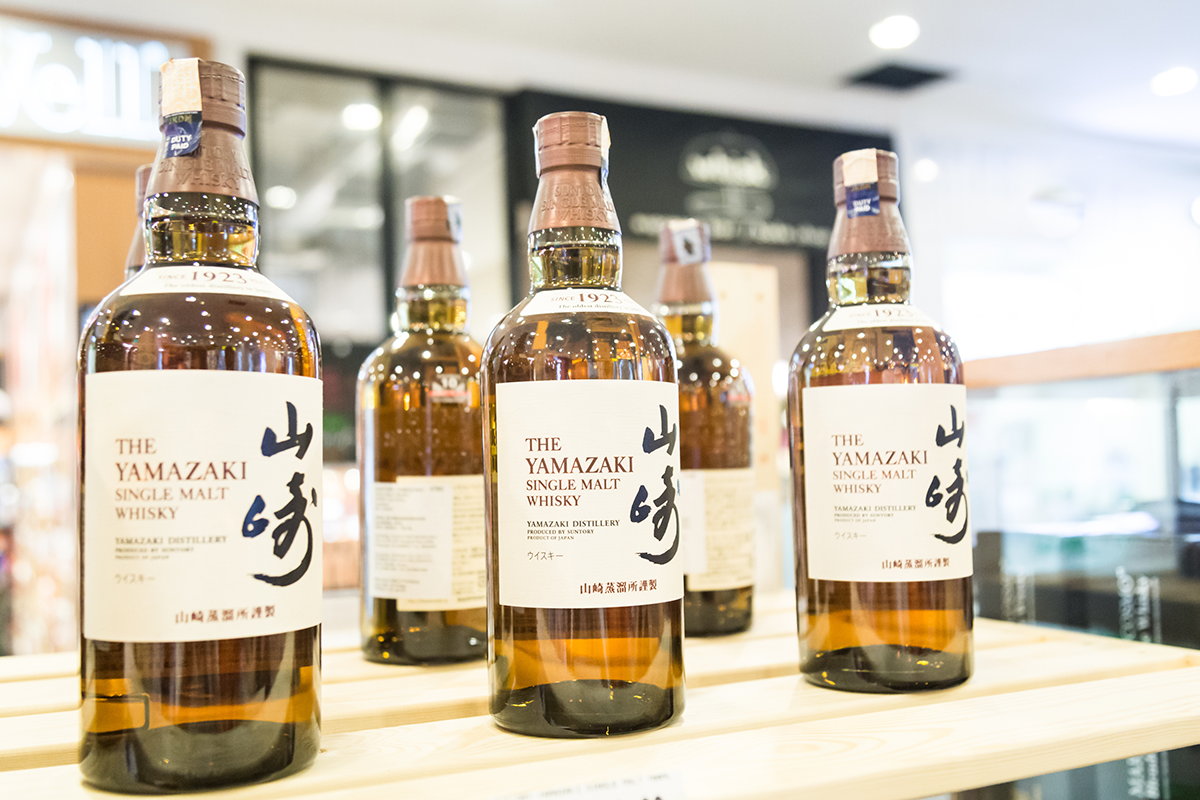 Drinking is a popular social practice in Japan so it’s no surprise that over time, they’ve perfected the art of pairing their food and drink. The sweet, sour and bold flavours of Japanese food call for beverages that will bring out these notes and enhance your meal. Here are five drinks to try next time you’re having Japanese food.

While in Western culture, whiskey is seen as a strong flavour more suited to an after dinner drink, it’s commonly paired with Japanese food as it complements any bold Asian flavours present. Japanese food is complex – take, for example, sushi. The sweet and sour taste of the vinegary rice combine with the malty depth of the soy sauce and briny notes in the seaweed. Add to this the heat from the wasabi and pickled ginger, and you get a complex food that needs a bold drink to match.

The Japanese serve whisky either on the rocks or mixed with water and ice. Yamazaki is one of Japan’s most famous and popular whiskey brands. In fact, the 2013 edition of the Suntory Whisky Yamazaki Sherry Cask was crowned the world’s best whisky in 2015.

You can find Yamazaki whisky on the drinks menu at Kobe Jones. It’s also the key ingredient in our ‘Lost in Translation’ cocktail alongside Yuzushu citrus sake, a squeeze of orange and a topping of Disaronno. 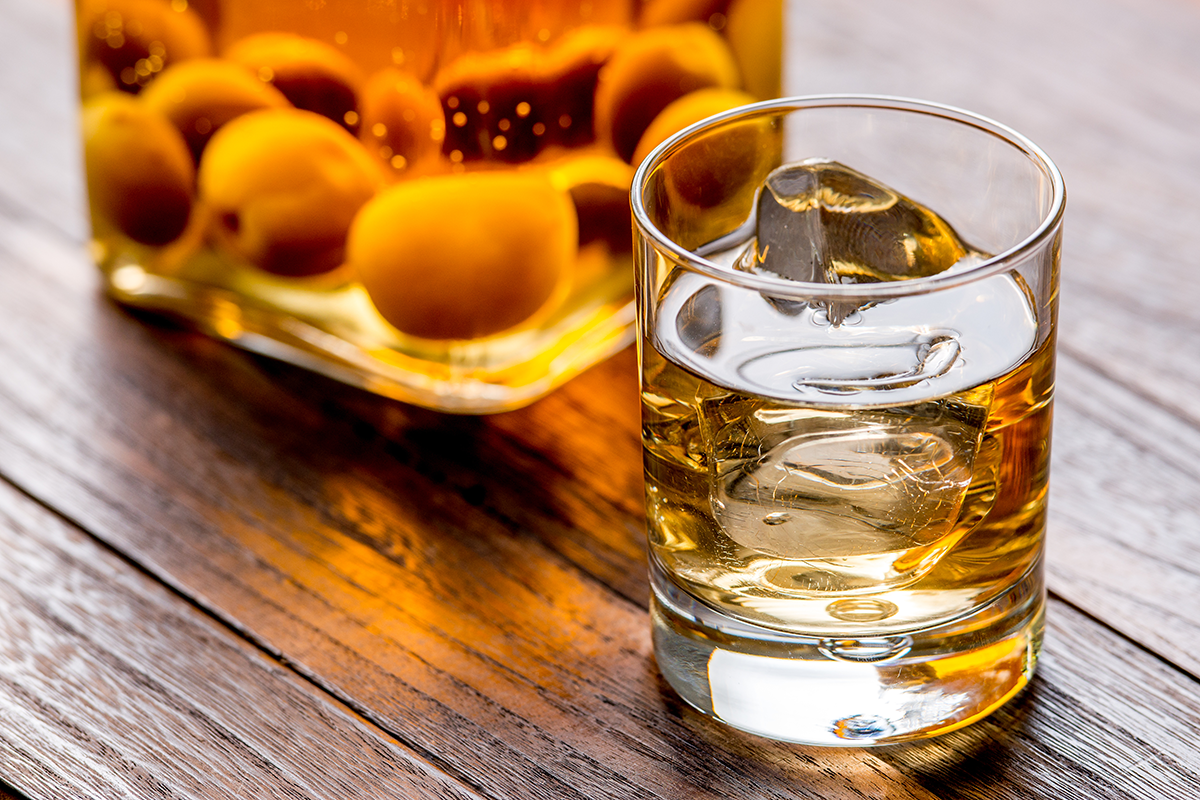 Umeshu is a traditional Japanese liquor made from ume fruit (a green Japanese plum). It’s often referred to as ‘plum wine’, though it’s not actually wine. Rather, it’s the juice from the plum steeped in nihonshu and shochu spirits. The ume fruit creates a citrus taste that is both sweet and sour, making it the perfect accompaniment to Japanese cuisine. It’s commonly served on the rocks but can also be enjoyed warm.

You can experience the intricate flavours of umeshu at Kobe Jones with our elegant and mellow Oubai Umeshu from the Umenoyado brewery. 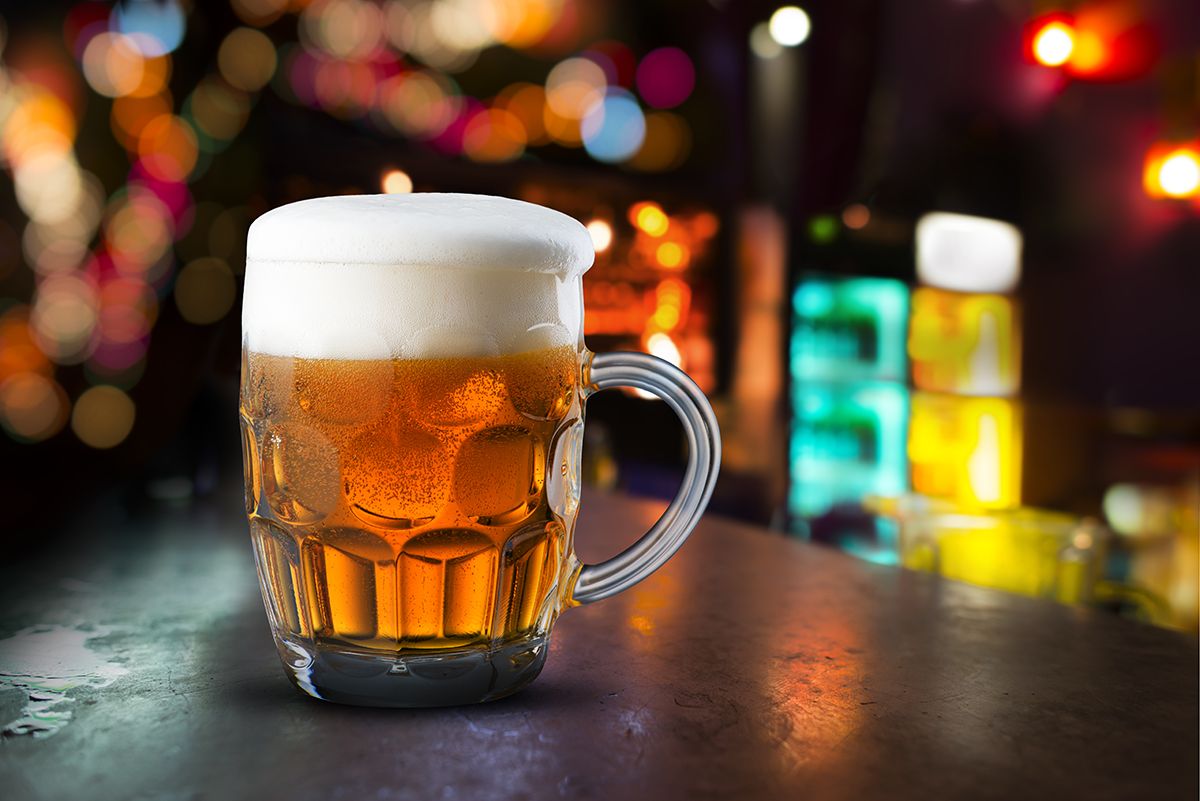 The Japanese absolutely love their beer and a chilled beer on a warm summer evening is the perfect partner for your Japanese meal. For spicy flavours like wasabi, a light and slightly sweet beer balances out the heat of the food. A popular pairing is ice cold beer and edamame. Lightly salted edamame are a great bar snack to go with a beer – similar to the way we might snack on peanuts or potato chips. As for sushi, Japanese Asahi, Sapporo and Kirin Ichiban beer brands are all great choices to bring out the intricate flavours of the sushi. 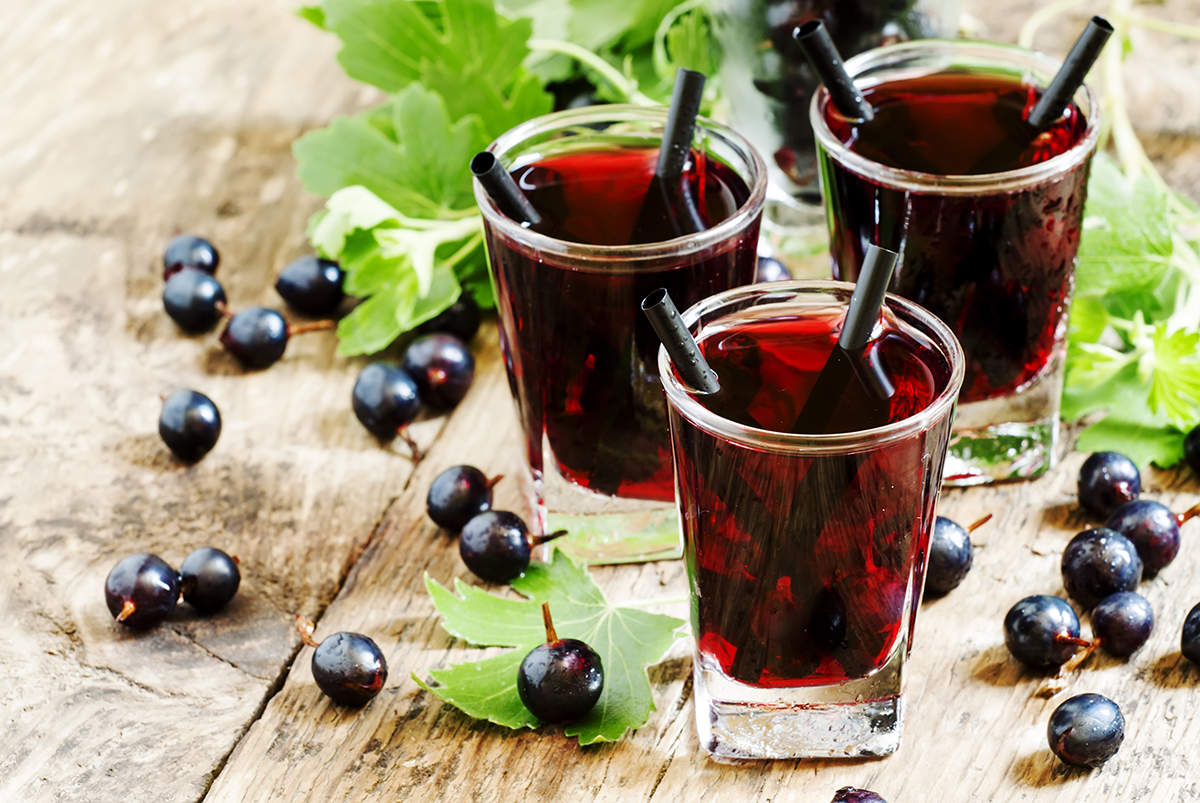 Creme de Cassis, or as it’s more commonly known, Cassis Liqueur, is a sweet and dark liqueur often used as the base ingredient for many delicious Japanese cocktails. It’s made from processed blackcurrants and is a particularly popular choice for young Japanese women due to the sweet and light flavours. Cassis is usually mixed with orange or grape flavours and is easy to drink for those of you who aren’t too keen on alcohol as it doesn’t have a strong alcoholic flavour.

Cassis can be found in the Terak cocktail at Kobe Jones, also featuring green apple liqueur, lychee liqueur and a dash of fresh apple. 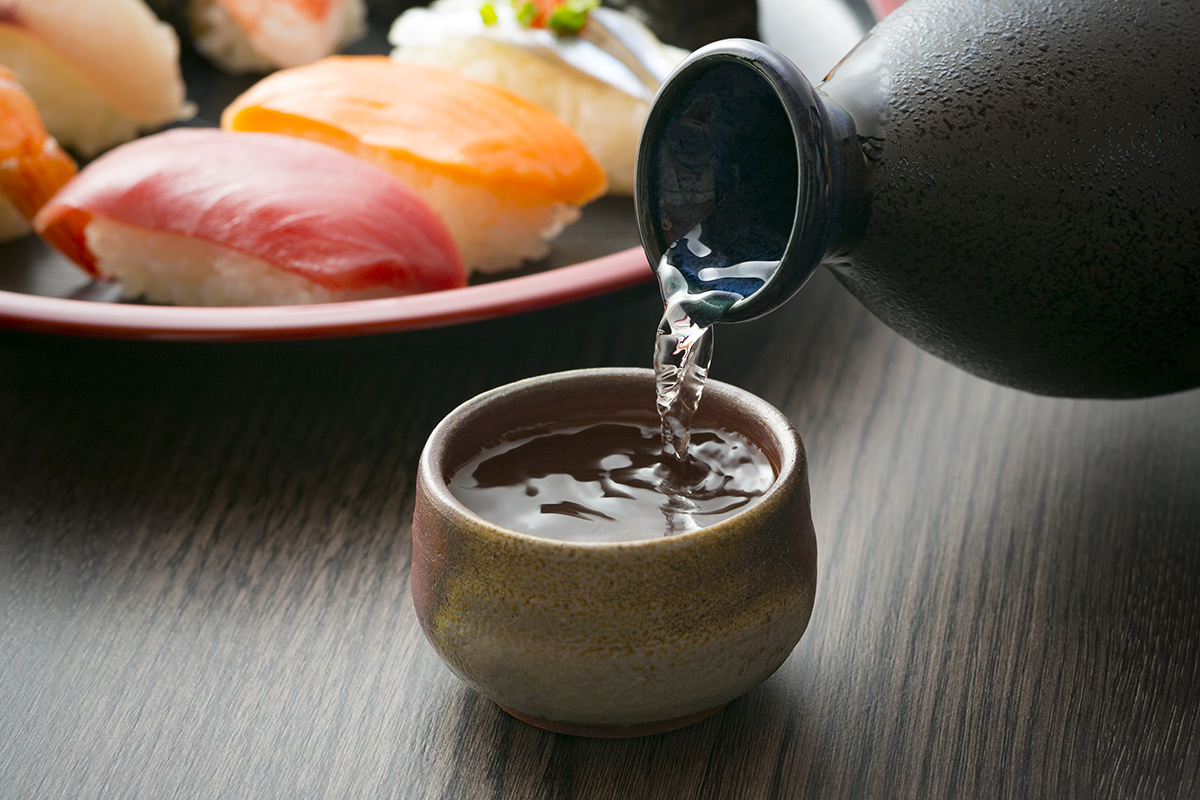 You wouldn’t be at a Japanese restaurant if they didn’t have an extensive list of sake on the drinks menu. It’s the national drink of Japan and has played a central role in Japanese culture and diet for thousands of years.

Sake can be made in many different ways to produce a variety of different flavour combinations. The six most common sake categories include:

A true sake will carry each of these categories. However, it is up to the brewer to create unique flavours through procedural changes such as increasing the fermentation time, leaving rice polishings in to create cloudiness, and storing the sake in cedar tanks. Sake pairs well with sushi and sashimi due to the aromatic rice flavours that are clean and crisp on the palate, enhancing the natural flavours of the raw fish.

Classic cocktails can be given a Japanese twist by substituting rum for sake, like the Japanese Mojito on the menu at Kobe Jones. Kobe Jones also has an extensive list of sake so you can raise a glass and say ‘Kampai’ (‘cheers’) as you enjoy your meal.

Pairing food with the perfect drink has long been a part of Japanese culture. Now that you know what’s out there, next time you’re at a Japanese restaurant, see what they have on offer and impress your friends and family with your knowledge.